Hey guys! Check the answers to the last episode:

There are seven kinds of emphatic sentences in English:

■ Use the first position of the sentence to emphasize

When there are no other auxiliary verbs in the sentence, we can use the auxiliary verb ‘do’ before the verb to indicate the emphasis on the verb.

I do hope you’ll stay for lunch.

The ‘do’ used to indicate emphasis can change from time to time, but the subsequent verbs should use the original form.

The dog does look tired.

He did come but soon went back.

There are many adjectives used in English for emphasis.

The main types of adjectives are:

At that very moment the phone rang.

We gave the room a thorough cleaning.

There are many adverbs in English that can be used to indicate emphasis, such as ‘only’.

Try to compare the differences below 🙂

Only I kissed him last night.

I only kissed him last night.

I kissed only him last night.

I kissed him only last night. 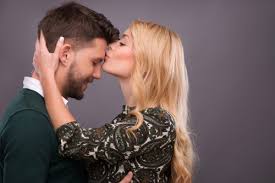 4. Use the first position of the sentence to emphasize

In English, the first position of a sentence is a place that is usually used to indicate emphasis.

Normal: The students can understand this.

Emphatic: This the students can understand.

Sometimes we can use an attributive clause to emphasize a noun, such as the structure:

Emphatic: Mary is the person who keeps pigs in the garden shed.

Emphatic: The garden shed is the place where Mary keeps pigs.

Emphatic: The place where Mary keeps pigs is the garden shed.

‘What’ is usually used for emphasis in English too, such as:

This is what I have to say.

What he says is not important.

In addition, ‘what’ can sometimes be used to emphasize verbs, such as:

It was in the office that he was killed.

It is the children who broke the window.

Normal: I didn’t know real happiness until I met you.

Emphatic: It was not until I met you that I knew real happiness.

Looking forward to your comments!

This site uses Akismet to reduce spam. Learn how your comment data is processed.