The Legend of 1900 (Italian: La leggenda del pianista sull’oceano, “The Legend of the Pianist on the Ocean”) is a 1998 Italian drama film directed by Giuseppe Tornatore and starring Tim Roth, Pruitt Taylor Vince. It was Tornatore’s first English-language film. The Legend of 1900 paints a vivid portrait of a brilliant, but rather unconventional life. Named for the year in which he was born, 1900 grows up in a charmed world of stormy gales and swaying decks as he fashions his existence within the confines of his trans-Atlantic steamer. His natural talent at the piano attracts the attention of jazz legend Jelly Roll Morton, who comes on board to challenge 1900 to a dual. Oblivious to his mounting notoriety, 1900 remains a fixture at sea, forever seduced by the sounds of the Ocean.

Some insightful quotes from The Legend of 1990 are listed below:

Max: Leave the ship, marry a nice woman, and have children. All those things in life which are not immense but are worth the effort.

Max: He traveled. And each time he ended up some place different. In the heart of London, on a train in the middle of the country, on the edge of a giant volcano, in the biggest church in the world, countin’ the columns and staring up at the crucifixes. He traveled. 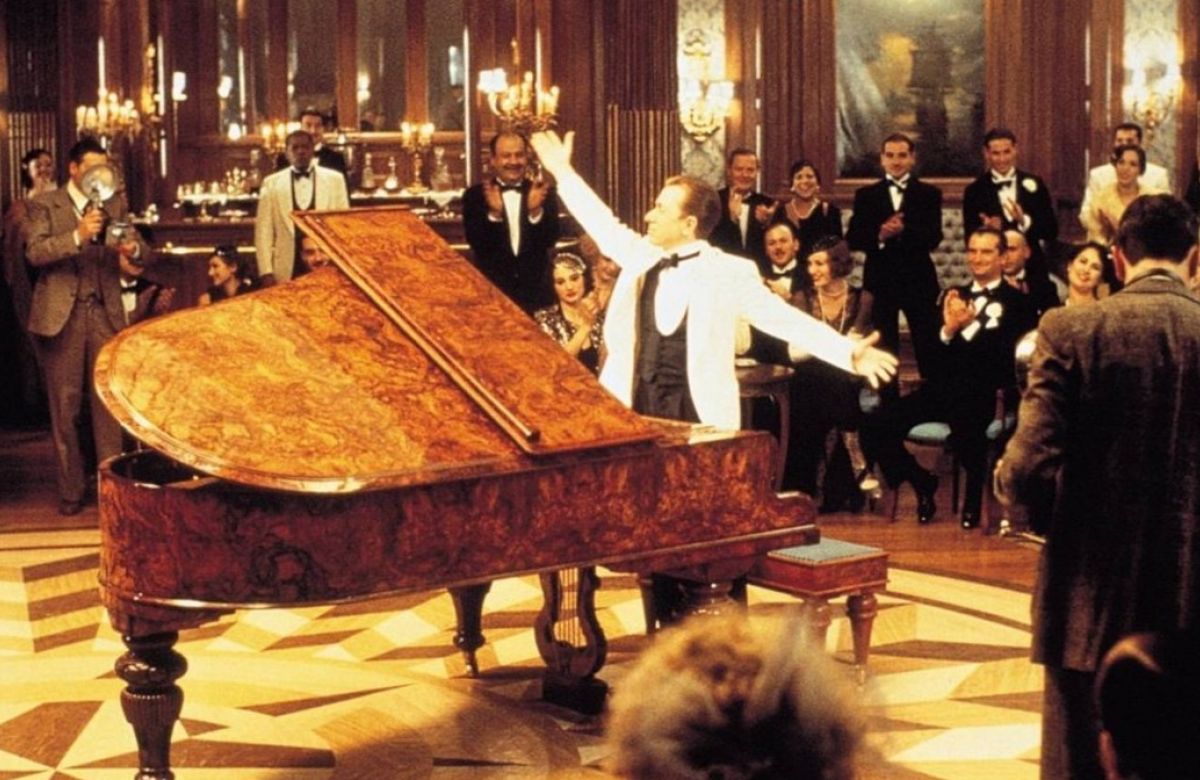 Max: I still ask myself if I did the right thing when I abandoned his floating city. And I don’t mean only for the work. The fact is, a friend like that, a real friend – you won’t meet one again. If you just decide to hang up your sea legs, if you just want to feel something more solid beneath your feet – and it’s then you no longer hear the music of the gods around you.

1900: Land? Land is a ship too big for me, it’s a woman too beautiful, it’s a voyage too long, perfume too strong…

1900: I think land people waste a lot of time wondering why. Winter comes and can’t wait for summer, summer comes and you never can wait for winter. That’s why you never tire of traveling or chasing some place far away, where it’s always summer. Doesn’t sound like a good bet to me.

Time to learn some collocations and phrases:

1. roll out: to make a new product available for people to buy or use;  to leave a place, especially later than expected of;  to put something flat on the ground or a surface

Max: He traveled. And each time he ended up some place different.

2. end up: to be in a particular place or state after doing something or because of doing it

If you just decide to hang up your sea legs, if you just want to feel something more solid beneath your feet – and it’s then you no longer hear the music of the gods around you.

3. hang up: to end a telephone conversation; to hang clothes on hook etc or to lift something; to stop using something because you are no longer doing a particular sports or activity

That’s all for [Quotes] today!

Conventionally, please make a sentence with one of the phrases above!

Have a nice day!

This site uses Akismet to reduce spam. Learn how your comment data is processed.